Polvorones, mazapanes, mantecados, peladillas…many typical sweets for Christmas, but only one stands out, the turrón. It is one of the sweets from the Spanish gastronomy that is never missing in a house around these dates and all the people staying in Spain to learn Spanish or on holidays. 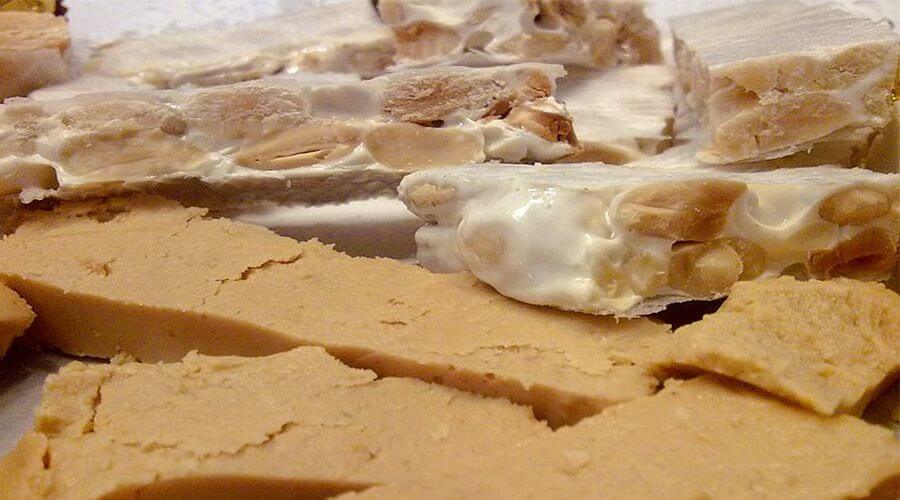 This food is made from almond and honey, a mixture that was already used by the Arabs in the ancient Al-Andalus. Nevertheless, the turrón as we know it now started to be made in the XV century in Jijona, a town near the city of Alicante. The two most famous turrones in Spain are made there, the Turrón de Jijona (soft, the almonds are ground to form a dough) and the Turrón de Alicante (hard, it has whole almonds). If you are staying in our country to learn Spanish in Alicante, you cannot miss out on trying some of these turrones.

This area of the Mediterranean sea has abundant and quality raw material, and these conditions allowed Jijona to make the best turron in Spain. Even though honey and almonds are the real turron ingredients, over time other ingredients such as chocolate, truffle, coconut, coffee, yogurt, crema catalana, etc. have been added to the old recipes.

It is now Christmas and one of the things you cannot forget if you are learning Spanish in Spain is to try the turrón de Jijona and the season’s typical sweets.