Practice Spanish with this recipe

Cooking a potatoes omelet is a very common activity practiced by students who are studying Spanish in Spain. It is one of the most popular where families often cook it to eat in their own homes, although it also appears in the menu of the best restaurants. Anyway, it is often eaten as a tapa or as an appetizer in bars to accompany a caña (glass of beer) or glass of wine.
We will explain how to cook tis tasty dish, it is prepared in only 30 minutes, including preparation and cooking. 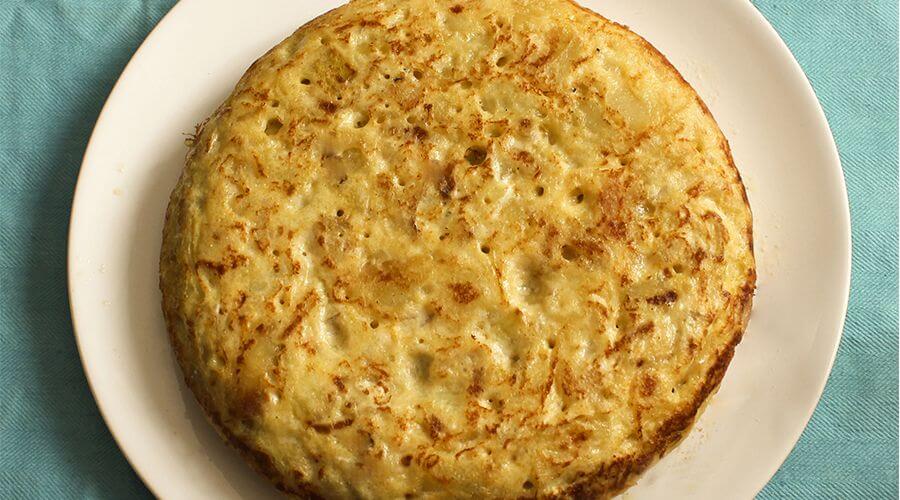 The popularity of the ingredients and resources facilitates the practice as an activity in the schools of Spanish for students learning Spanish in Spain.

The potatoes omelets, despite their simplicity, can be very demanding from the culinary point of view, as there are many factors that influence the art and ways to do them. The factors that most influence the customization of the chef are cutting the potatoes, the way frying them, how to separate the fried oil, as well as how to cook the tortilla itself.

On the table, it is usually cut into triangular portions, such as cheeses in portions or plastic wedges like in Trivial Pursuit. In the bars, they are usually accompanied by a small portion of bread.

Going for pinchos in the Basque Country

And voilà, enjoy the tortilla de patata. Let us know who was your experience preparing this recipe in the comments!

Do you want more? check the Paella recipe and how to prepare the Sangria.