Understanding and Enjoying the “Día de Muertos” in Mexico

Sure, Halloween is a worldwide event, but in México we also have our Día de Muertos, a celebration that comes from the pre-hispanic times when old cultures like the mexicas, mixtecas, mayas, zapotecas, tlaxcaltecas, totonacas and other cultures from México changed the date each of them used to commemorate their dead relatives, to the dates of the christian calendar.

So, even though Halloween is a worldwide event, and is fun and a reason to party, if you are in Mexico to study Spanish, you will live a delicious, colorful and very Mexican experience, specially in Oaxaca, where the gastronomy and pre-hispanic culture remains very strong. 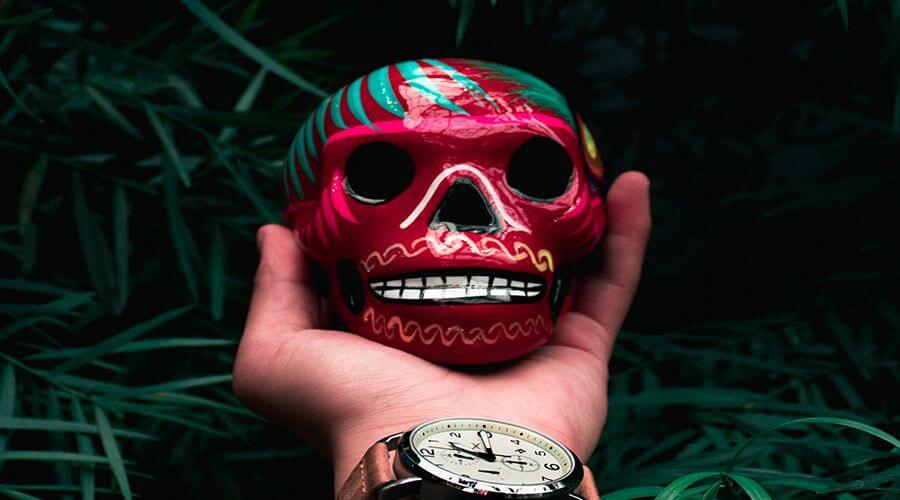 Unlike other countries, Halloween in Mexico does not just take place on the 1st and 2nd of November. It kicks off on the 27th of October in an event called the Fiesta de las Santas Animas or the Feast of the Holy Souls. Here, families begin cleaning the graves of their relatives and adorn them with flowers and pine needles. They also assemble temporary altars near their relatives’ gravesite and stock them with candles and various food like beans, salt, meat, fruits, and tortillas; some even stock alcohol. Each member of the family then take turns in “talking” to the souls of their loved ones. This ceremony goes on for days since most families have more than one grave to visit.

Mexico’s All Saints’ Day is dedicated to the los angelitos or the dead children. This serves as a prelude to the Dia de los Muertos or the Day of the Dead on November 2. Customs in the country has it that the little ghosts go ahead the grown up ghosts to help the latter find their way back to the homes of their loved ones and relatives.

People in México use many colors en Día de Muertos to worship death: the yellow of the flor de “cempasúchil”, the white of the “alhelí”, the velvety red flower called lion paw, the orange, black and purple in gorgeous  ”papel picado” to adorn “la ofrenda” which is an offering families make to their dead relatives who return home.

All of this reflects the syncretism of two cultures: the indigenous and the Hispanic, which are mixed to create a new language and scenario towards the topic of death and the dead.

Día de Muertos marks the ritual that brings together the living with their dead relatives. Is a transcendental time when the souls of the dead are allowed to return to the world of the living.

Among the ancient Nahuas, after death the soul travels to other places to live. That is why the burials were made at times with the tools and vessels the deceased used in life, and according to his social and political position, they were buried with their companions, who could be one or more persons or a dog. The afterlife for these cultures, it was beyond the life to be deified in space, which the gods lived.

When the Day of the Dead comes, the families go back to the graves of their relatives and have picnic lunches while remembering and celebrating the life of their lost loved ones. And like in other countries, children also dress up and wander around houses to ask for coins or candies.

Halloween is more than just doing Trick or Treat in Mexico. It is a day not just to remember the dead, but also to gather and spend quality time to those who are alive.