In Spain, it is very usual to join some friends to have a beer or a caña (draught or barrel beer in a small glass) in a bar, be it before lunch as an aperitive or after work to disconnect and have a good time with friends.

Also, one of the first activities students undertake when they arrive in our country or when they are already learning Spanish in Spain, is to go out with friends from the school to drink beers in some of the many bars or tascas in the Spanish cities. 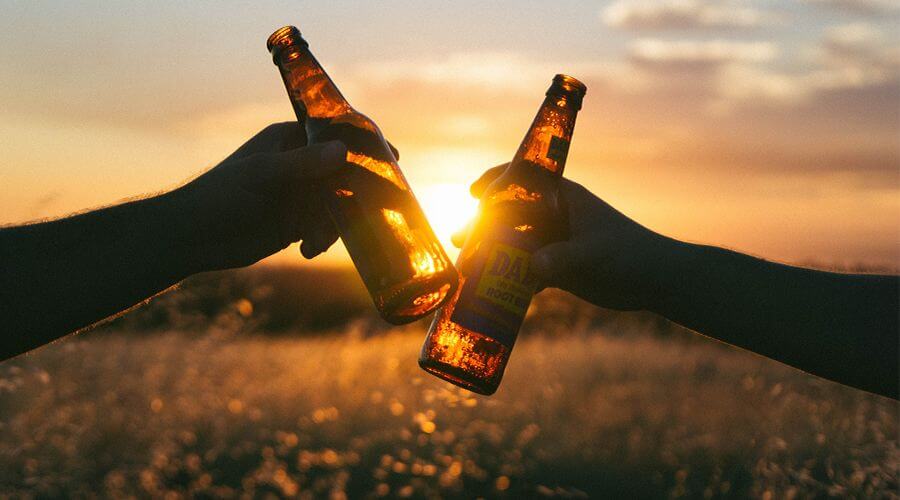 Many of them, when they get to the bar, do not know very well what word or expression to use to ask for a beer and ask for “one beer” or “una cerveza”.

In Spain, there are several ways of asking for a beer depending on its size and type and the region where you ask. For example, it is very usual to hear clients say in a bar “una caña, por favor”, which is draught beer usually served in a 200 ml glass. A tercio is a bottle of 330 ml. you can find in bars and supermarkets or a litrona, which can only be bought in supermarkets, a big bottle of 1 liter. In the Basque Country it is common to ask for a “zurito”, the name of a small glass of beer, usually smaller than the caña (100-150 ml. approximately).
Below we leave you a table with the different ways to ask for a beer when you are learning Spanish in Spain:

Remember that a fun way to socialize and learn Spanish is to go to the bars and have a beer while talking with people, enjoy while having a caña and practicing your Spanish.

How to order a beer in Spain?
Rate this post!