Born in Alcalá de Henares, the playwright, poet, and writer Miguel de Cervantes Saavedra, is considered the biggest Spanish writer of all times. His image is so important in Spain that there are a number of sculptures, buildings, institutions, prizes, and events in several cities in our country made in his memory. Cervantes in a real symbol of this language, and his work a very used resource to learn Spanish. 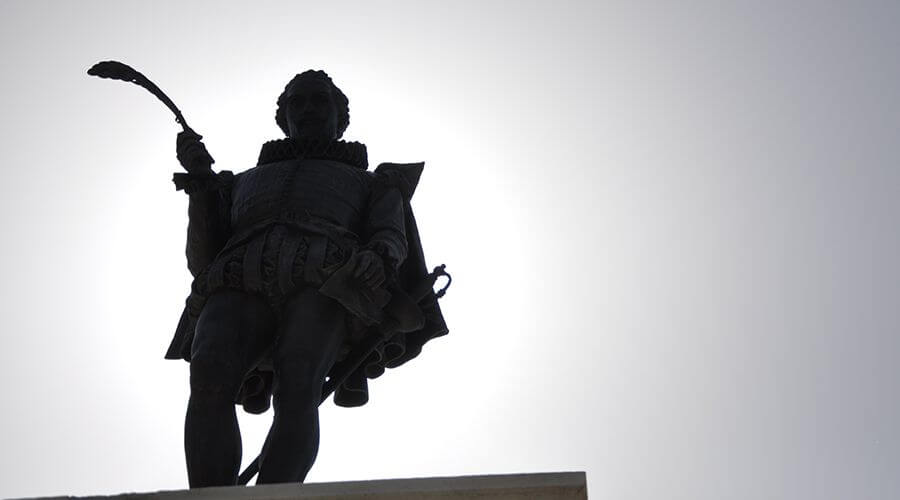 He is the author of “El ingenioso hidalgo Don Quijote de la Mancha” (The ingenious gentleman Don Quixote of La Mancha), one of the most famous novels on international and top of the Spanish and universal literature. It is considered by many international writers as the best novel in history, this work from 1605 has a wide impact on all cultures, and was translated in languages such as German, Russian or Chinese, among many others. Also, it was brought to television with a film and tv show, and thus became a usual resource in the Spanish schools in Spain to help students on their way to learn Spanish.

On the 23rd of April, date of his death, the Spanish speaking world praises Miguel de Cervantes on the Día del Idioma (Language day) or Día Internacional del Libro (International Book day), as he is considered as the one who helped the growth and expansion of the Spanish language in the world, mainly thanks to his work Don Quijote de la Mancha.

To read Miguel de Cervantes’ novels is a very good way to learn Spanish in Spain and to enjoy adventures such as the ones of Don Quijote the knight and his helper Sancho Panza, not forgetting of course this novel about idealised shepherds titled “La Galatea” (1585), the writer’s first novel, or others such as the “Novelas ejemplares” (Exemplary novels) (1605) or “Los trabajos de Persiles y Segismunda” (The Works of Persiles and Sigismunda) (1617), and many others.