The flamenco, a feeling converted into art

The flamenco is the most famous Spanish music style in the world. It is a mixture of music and dance that became art, a way of expressing feelings and passion through dance and singing. Its international recognition is so important it was declared Intangible Cultural Heritage by Unesco in 2010. 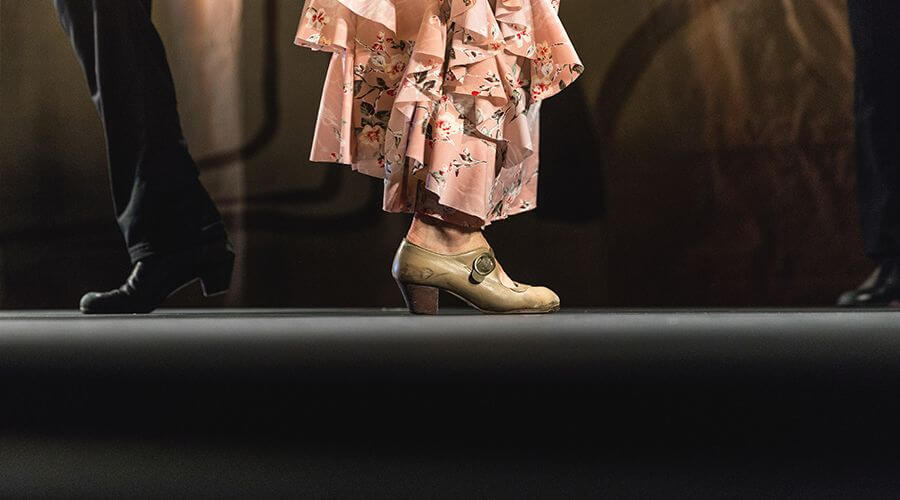 The flamenco genre was born in the XVIIIth century in Andalusia and, years passing by, it changed until becoming something unique, a show that any person coming to Spain for idiomatic tourism should not miss.

The singing, the dance and the guitar or toque, are the three fundamental elements for the flamenco music and have accompanied it from the beginning. There is a variety of flamenco singing, called palos. Each palo can be distinguished by its character, rhythm and its harmony when expressing feelings. A very interesting one for its peculiar interpretation is the Cante Jondo which is for the oldest part of the flamenco with the most profound feelings.

The revolution of the flamenco was propelled by the influence of other music styles, culminating into the Fusión Flamenca stage and, later, the Nuevo Flamenco. That is where the mythical cantaores from the Spanish flamenco started, such as Paco de Lucía, Camarón de la Isla or Enrique Morente, and other famous current cantaores such as José Mercé and El Cigala.

The pure flamenco is the flamenco andaluz , it can thus never miss from the big festivities celebrated in Andalusia, even though there are often parallel styles to the flamenco, but more popular ones, such as the rumbas or the sevillanas. The most popular ones are the Feria of Abril, in Seville, the Feria of Málaga, celebrated in August, and the festivities of the Corpus in Granada, in June.

You can enjoy the best flamenco all year round in the tablaos, premises where you can have a drink or taste the city’s gastronomy and enjoy the dance and singing at the same time, so if you are staying in Andalusia for idiomatic tourism, make sure you drop by.

Many Spanish schools in Spain, mostly the Andalusia ones, offer flamenco dance classes. Also, this music style has been so welcomed in the entire world that you can find flamenco schools in many countries on all continents.