Something called Mexican cuisine is popular in some parts of the western world. More often than not, it is a derivation of a style known as Tex-Mex.

Lets get this one out of the way first. The Spanish definition of the word “taco” includes many meanings, including ramrod, cue, plug, and wedge. No doubt the colonists and conquistadors of New Spain lent this name to the generic food style consumed by the natives of Mexico. 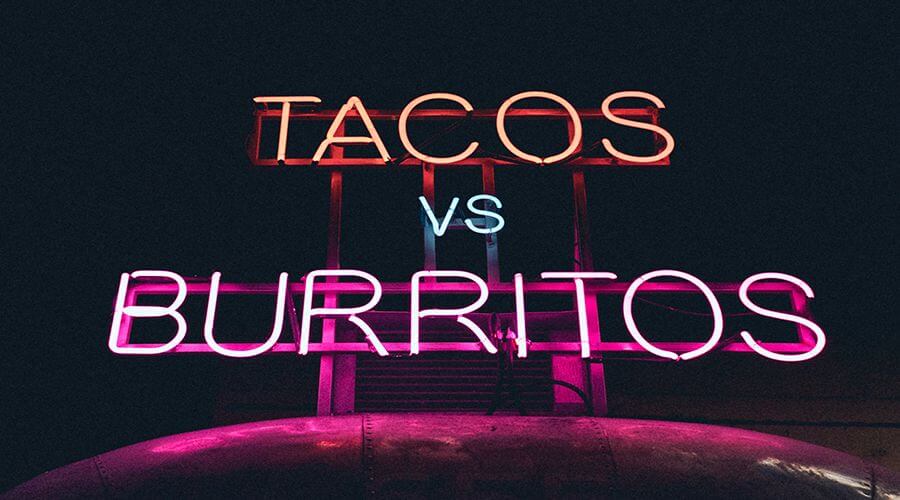 The taco most people in the West are used to, that hard U-shaped shell filled with seasoned ground beef, yellow cheese, sour cream, and lettuce is not at all Mexican and you will not find that in Playa del Carmen, unless you find a restaurant that serves American food. Again, this type of taco is Tex-Mex style.

Instead, the taco you will be served in Mexico is a corn tortilla with some chicken, pork, beef, or seafood as filling. How to eat it the Mexican way? Simple. Just give it a slight roll between your thumb and index finger and fire it into your mouth.

A popular taco style is the al pastor, which you will see throughout Mexico. You will recognize it by the meat on a vertical rotisserie outside the restaurant. The meat is pork, seasoned with the typical Yucatecan spice achiote, then carved into a tortilla. Onion and fresh cilantro go on top. A piece of pineapple is flipped on to make it complete. For best gastronomic effect, splash some red salsa on it.

The word “nacho”, on the other hand, is the nickname of the Spanish name Ignacio. The gooey orange cheese toppings are definitely not a part of traditional Mexican cuisine. This kind is imported from the United States. So the round nacho you see is not genuinely Mexican, but there is another kind of corn chip that is very common in Mexico, the totopos.

Totopos are chips are made by frying triangles of dried tortillas. Many restaurants in Mexico serve them as little treat as you wait for your food. Totopos are also served with seafood cocktails and soups along with a delicious spicy salsa.

What are your favorite tex-mex food? Tell us in the comments below!.

All you should know about Mezcal