What to See in the Ruins of Chichen Itza

Chichen Itza is a Mayan city reduced to ruins. In 1988, UNESCO designated this site as a World Heritage site. Located in Mexico’s south-central Yucatan state, this major attraction covers an area of 4 square miles. Its two huge cenotes made it a good place to settle in; these geological features also gave the ancient city its name. “Chi” means “mouths” and “chen” means “wells”. 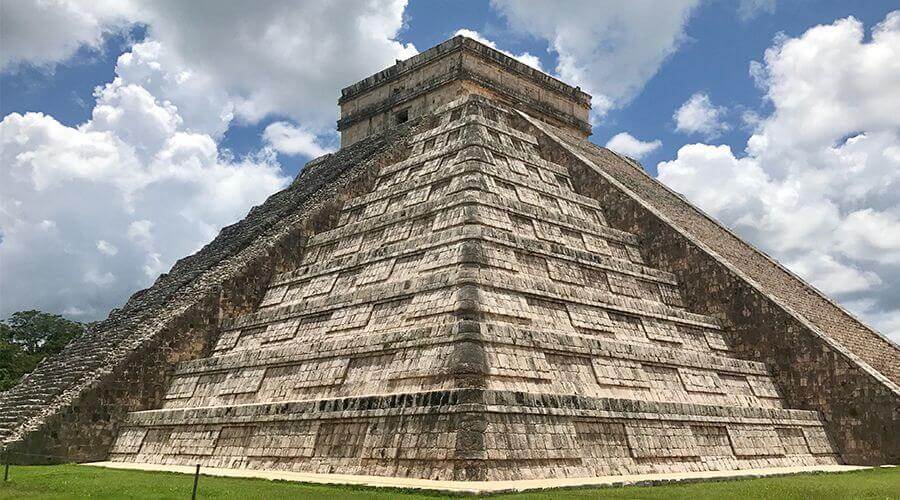 Chichen Itza was established about the 6th century AD, probably by the Mayans in the Yucatan Peninsula who had occupied the region between 1500 BC and 300 AD.

The major early architectures follow the Puuc style, which shows numerous divergences from the styles found in the buildings of the southern lowlands. Most of these earliest buildings are found south of the Main Plaza. They include the Chichanchob, the Akabtzib, the Casa de las Monjas, the Iglesia, and the El Caracol observatory.

The Itzas were responsible for the building of major structures like El Castillo, a pyramid that stands 79 feet above the Main Plaza. This pyramid has four sides with 91 steps each side and faces to the cardinal direction. Including the stairs on the top platform, the structure has 365 steps all in all.

During the spring and autumnal equinoxes, shadows cast by the sunset give the appearance of a serpent rolling down the stairways. The plumed serpent carving at the top of El Castillo is the symbol of Quetzalcoatl, a major deity of the ancient Mesoamerican pantheon.

This Mayan ruin is also home to a ball court (545 feet long and 223 feet wide) considered to be the largest ball court in the Americas. You will see 6 sculpted reliefs on the stretch of the walls. These sculptures depict the winners of the game holding the decapitated head of a member of the losing team.