The night of San Juan is a very ancient festivity where the year’s shortest night is celebrated and the summer is welcomed in the northern hemisphere. It takes place on the night of the 23rd to the 24th of June and is celebrated in many Spanish cities so that if you are learning Spanish in Spain you can be part of this great night. 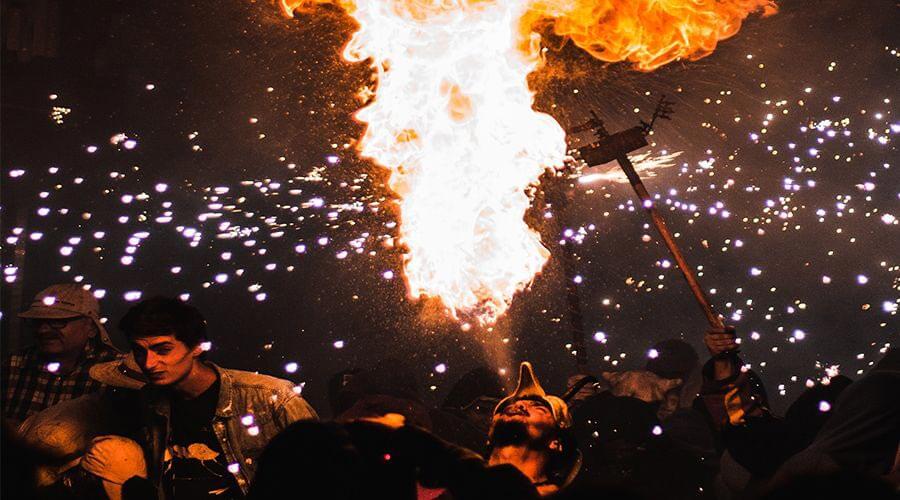 It is a celebration surrounded by legends, traditions and rituals carried out during a magical night where everything is about fire and water.

Every Spanish city celebrates the night of San Juan in a different way, but in all of them, it is a tradition to light bonfires on the beach and spend the night with friends. The legend says that to have a good year you need to jump over the fire minimum three times.

In Spain, there are cities where this festivity is very important, like Barcelona where the city’s beaches are filled with thousands of people to eat the Coca de Sant Joan and enjoy the night. The festivities of San Juan of Alicante (Hogueras de San Juan in Alicante) are undoubtedly the most famous in Spain and are of International Tourist Interest.

The Hogueras de San Juan of Alicante are carried out from the 20th until the 29th of June and turn around the Hogueras (bonfires), papier-mâché constructions that usually represent sceneries and are burnt on the 24th of June, the biggest day of the festivities.

The celebration of the night of San Juan is very traditional in Spain, so if you are in Spain to learn Spanish do not miss the opportunity to celebrate it.

The best things Spanish to do in Alicante

Celebrate the night of San Juan in Spain
Rate this post!